Does music help you study?

It is becoming an increasingly common sight to see students wearing headphones in libraries and study halls. But does listening to music while studying help? While it won’t necessarily make you smarter like “the Mozart effect” (a study coined in 1991, that sparked media and public interest about the idea that listening to classical music somehow improved the brain), listening to music still has many benefits.

Without a doubt that we use music to set the tone of our environment and our mood, whether we're unwinding after work or throwing a party. But in an age when many of us spend our time staring at a computer screen, music has also become a mode of escape from outside distractions or dull tasks. So how useful is music when it comes to focusing on your work or even our studies?

It is widely believed that music produces several positive effects on a human’s body and brain. Music activates both the left and right brain at the same time, and the activation of both hemispheres can maximize learning and improve memory. 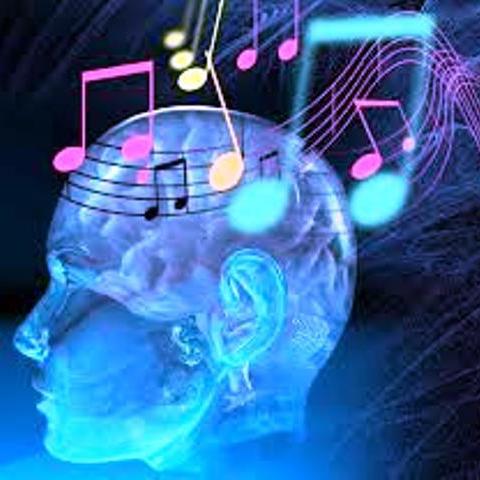 Indeed, several studies have shown that listening to music before studying or performing other tasks that require your total focus can be beneficial. It improves your memory, attention, and reduces the levels of anxiety and depression.

Schellenberg and colleagues, in their arousal-emotion/mood-activation hypothesis, put forward the theory that background music listened to while studying or performing a task that puts you in a positive mood also has a positive effect on your performance. Interestingly, music was always on in the background when I studied for my Arts Degree as a student. The music was like white noise for me. Calming and positive, it helped me to focus on the task at hand.

What sort of music?

There are some studies that show a quiet environment is preferred for deep concentration and white noise is a good alternative. Alternatively, music with no vocals is preferred over actual music with vocals. However, as individuals, we humans can be complicated and some of us subjectively feel more calm when listening to certain types of music. Through business courses and even now when I’m reading something I need to visualize and really work on memorizing, I need absolute silence. But when I’m doing tedious work like research, paperwork, logging things, etc. then I’ll listen to some kind of music with no vocals depending on my mood (anything from classic to house/techno). 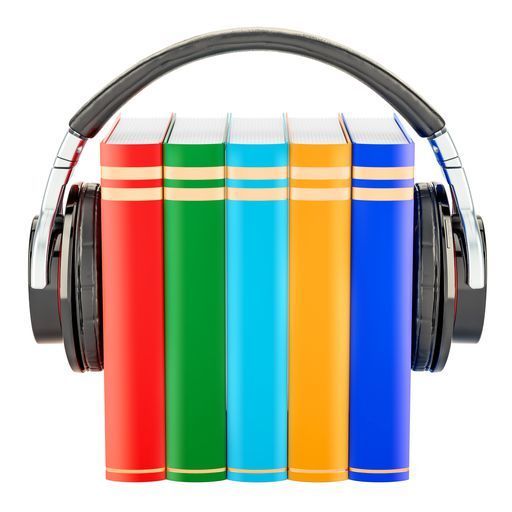 If you’re like many students suffering from anxiety and stress, listening to rap music could be an effective tool while studying. A study done by Cambridge University showed that hip-hop music provides an uplifting effect on its listeners that can help them accept, manage and deal better with mental health issues.

There’s more than one genre of rap, so try to find the one you like if it means giving your brain that extra bit of support it needs. Of course, if you don’t like rap music genres at all, this could be tricky. +

Rather than distracting college students, a Stanford study found that “music moves [the] brain to pay attention.” Researchers utilized musical compositions from the 1800s in their study and found that “music engages the areas of the brain involved with paying attention, making predictions and updating the event in memory” (Baker). They believe that music choice was influential in brain processing, revealing, “The goal of the study was to look at how the brain sorts out events, but the research also revealed that musical techniques used by composers 200 years ago help the brain organize incoming information” (Baker). Mozart, Bach, and Beethoven can help students categorize information, which is an influential asset to studying.

“Earworm” was coined in 1979 by psychiatrist Cornelius Eckert. It happens when a part of the song gets stuck in your head for an extended period of time and you can’t get it out. It just so happens, this is also one way of improving your brain’s memory, which is why some language courses are set to a musical pattern of ear-catching melodies. Some even suggest that the benefits don’t necessarily depend on the kind of music you listen to, but rather how effectively your brain latches on to the pattern of the song. So it may not be just the type of music, but rather the pattern of the music that is also important. 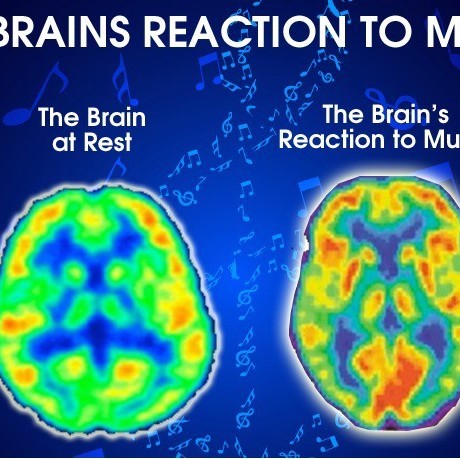 Several studies in recent years have linked music, memory, and emotion. To back this claim, Petr Janata conducted two studies to prove that music, memory, and emotion were substantially linked. Janata’s initial study found that “music serves as a potent trigger for retrieving memories.” During his second study, Janata took Functional magnetic resonance imaging (fMRI) of students’ brains as he played popular songs from their childhood and teenage years. “After each excerpt, the student responded to questions about the tune, including whether it was familiar or not, how enjoyable it was, and whether it was associated with any particular incident, episode or memory” (UC Davis). This study reveals that music, memory, and emotions are strongly linked and the evidence supports the theory that studying while listening to music is a very beneficial practice.

Teresa Lesiuk, an assistant professor in the music therapy program at the University of Miami, has done research on the effect of music listening on work performance. According to Dr. Lesiuk's research, those who listened to music completed their tasks more quickly and had better ideas overall than those who didn't.

But there could be some types of music that worsen our productivity. Several studies have shown that popular music - and particularly music with vocals - interferes with reading comprehension and information processing. If you’re the type of person who gets distracted very easily or has some difficulties with multitasking, then listening to music while studying might not have a positive effect. It could be very easy to lose focus from what you’re studying and listen to the lyrics instead.

So, should you listen to music while studying?

As it is often the case when looking at evidence from research, the answer seems to boil down to: It depends!

Certainly, features of the task seem to play a crucial role and studying complex material that requires you to engage all your focus on what you are trying to understand may be hindered by any kind of background music. Tasks that require you to keep track of several pieces of information at one time while processing them, too (i.e., tasks heavy on working memory demands), may be particularly affected by any kind of background music or noise and are best done in complete silence. Your personality seems also to play a role on whether you will benefit at all from listening to your favorite tunes while studying. And only to complicate things even further, we have seen that an interaction of both factors, task complexity and personality, may be in place. 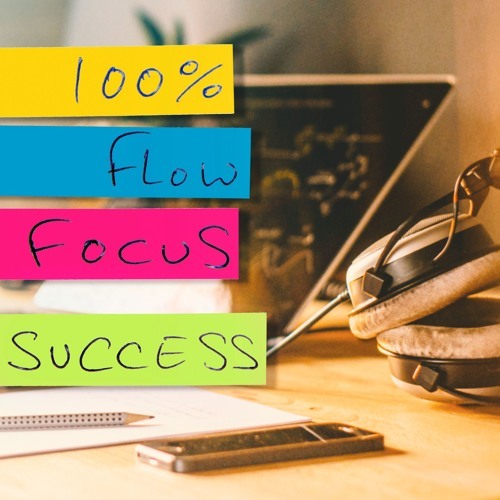 So what factors could influence whether music is perceived as distracting or not? It could be due to a number of different factors, as participants in Anneli B. Haake’s (PhD) studies indicated:

These are just some of the many factors that seem to play a part in whether music listening can be distracting or not. It is tempting to try and simplify arguments and nail down quick explanations, such as “instrumental/classical music is better for concentration than vocal/pop music”. However, we need to resist such quick analyses and instead look at the whole context in which the listening takes place. It is interesting to note that many laboratory-based studies of the effects of music on task performance find distracting effects, and that the researchers often seem to choose the music for the participants – without even reflecting on the matter. Would the results look different if the participants could choose the music they wanted?

Nevertheless, the positive effects of background music have been documented and it may certainly be worth trying it out. 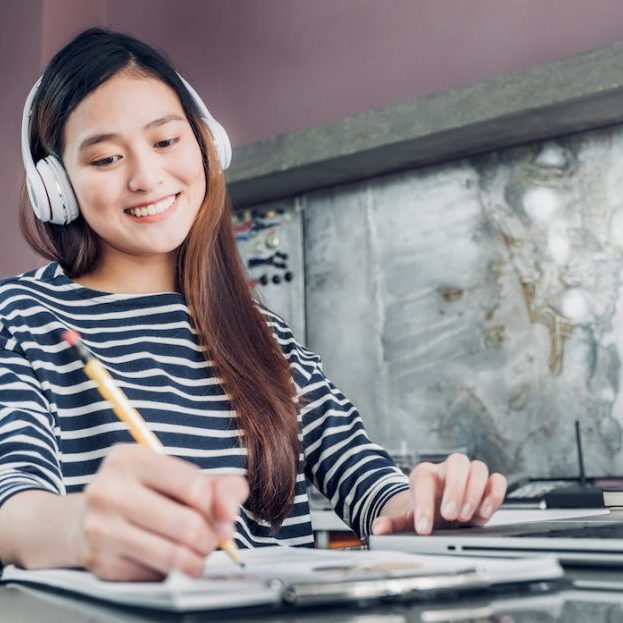 Music can be a great way for us to process emotions and strengthen their resolve with being overwhelmed. People often turn to the music they can relate to as it helps them deal with stress in this way. So, if university life has got you feeling a bit down, dazed or distracted then it might be a good idea to put some music on. Not only will it help you concentrate on your studies, it will also help keep stress at bay and put you in the learning mood.

Has music helped you improve your studies? Let us know